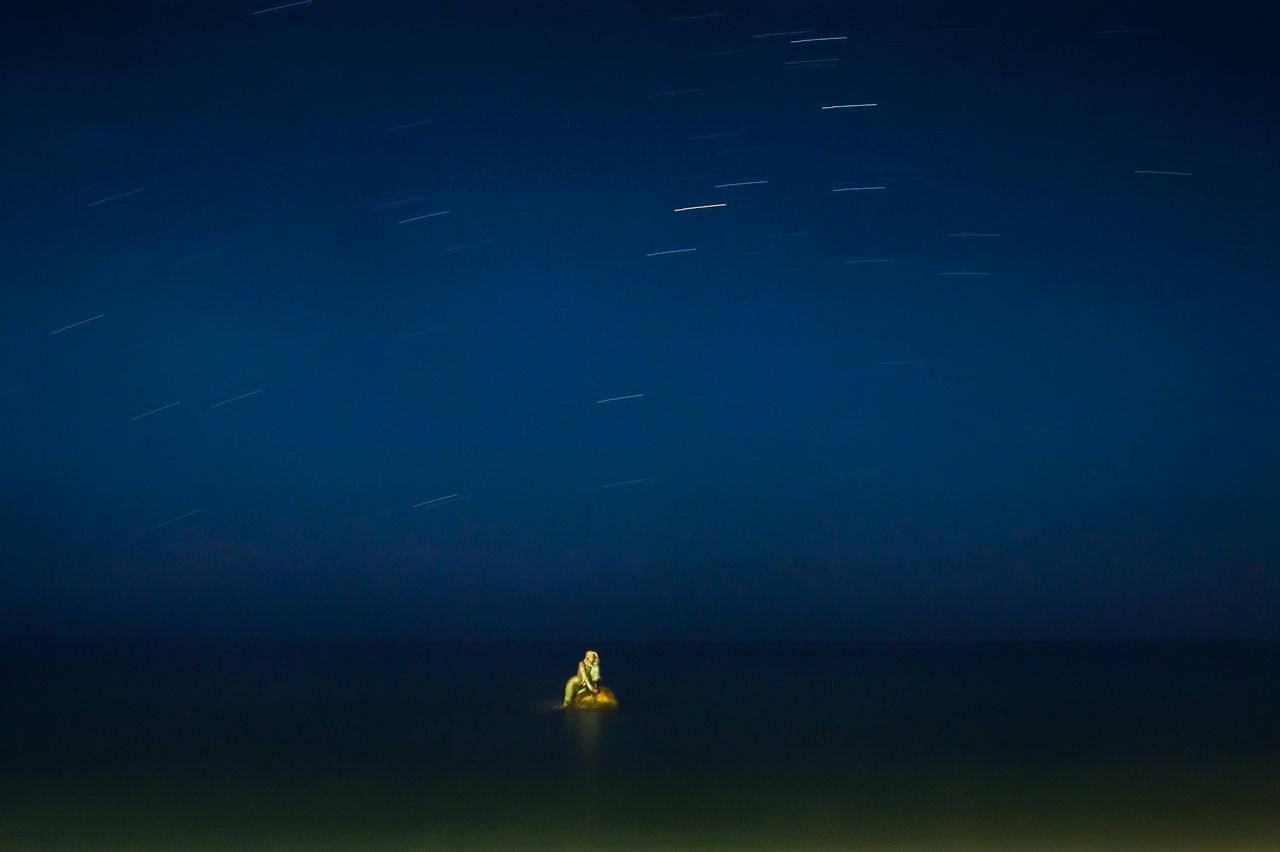 Title of the Picture: Mermaid Arzy

Comment: The idea of ​​the famous Estonian sculptor A. G. Adamson, "The Mermaid of Arza" in Miskhor, near Yalta, has captured the views of thousands of people for more than 113 years. A sad mermaid, gently hugging a baby, leaned on the edge of a cliff in the sea. The sculptural composition “The Abduction of Arza” adorned the Miskhor embankment in 1905. The author of the project is A. G. Adamson, academician of the St. Petersburg Academy of Arts, the most famous Estonian sculptor. He was inspired by a legend to create an unusual ensemble, reflecting the true events of the past - Turkish pirates abducted young beauties in order to sell them to Istanbul's harems. There is an old Tatar legend about a beautiful girl named Arza and the insidious robber Ali Baba. When Arza, on the day of her wedding, was collecting water from the fountain, an evil robber stole it and sold it to the Turkish Sultan. Not having endured imprisonment in the harem and separation from her beloved, Arzy died, having thrown herself with her newborn son, from the tower of the Sultan's palace into the raging sea. After this tragic event, a mermaid with a baby in her arms began to sail on the coast of Miskhor. Both the sculptural group on the shore, capturing the beauty of Arza at the fountain and Ali Baba watching her, and the sculpture of a mermaid with a baby in the water, installed near the beach in Miskhor, recall this beautiful and sad legend. The sculpture was destroyed several times by sea waves during storms, but the universal love of the legend and its symbol made it possible to restore the sculpture, which carries the legend to this day. I took a picture at night, and the extra-long shutter speed was 603 seconds, (more than 10 minutes). City illumination from the shore made it possible to successfully display not only the mermaid, but also to give a mystical appearance to the sea, and the extra-long shutter speed allowed to display the movement of the sky with stars, the traces of which formed tracks resembling starfall. The artistic image of the legendary place was a success.