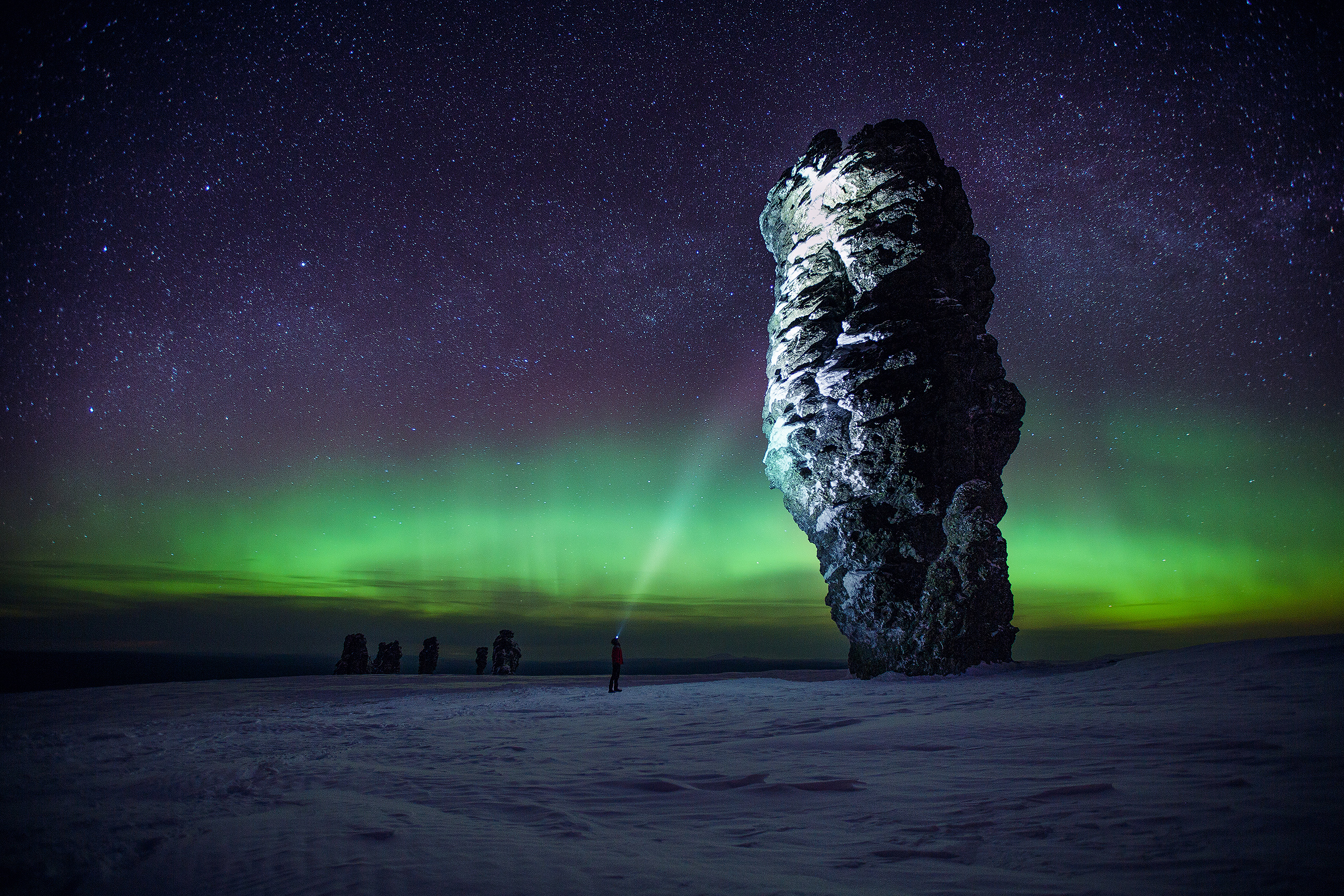 Title of the Picture: Aurora Borealis

Comment: In the wild lands of the Komi Republic, one can find one of seven wonders of Russia, the Manpupuner rock formations (in translation from the Mansi language, the mountain of stone idols). This sacred place of the Mansi tribe — seven high rocks of bizarre form — is surrounding by nothingness. There is no settlement within 100 kilometers. It is not easy to see to get there: one has to overcome a tough land route or reach the plateau by air. As befits a sacred place, the seven Mansi idols are unapproachable and keep their secrets with care. However, the number of those who want to come to Manpupuner is growing every year.

The huge stone pillars of irregular shape resemble a gigantic rock garden or a natural Stonehenge. Each of the rocks is as high as a 10-15-story building and has unique shape. From certain angles, the pillars collectively form the shape of a giant, or a horse's head. No wonder that Manpupuner has a reputation of an energy source for mystics. The locals still consider it sacred. In ancient times, ascending to Manpupuner was considered to be a great sin.

There are many legends about the rock pillars. According to one, the seven idols were terrible giant brothers, forever stopped by the forces of good spirits in the Yalpingnyor mountains. One of the pillars is located at some distance from others. According to the legend, he was the first giant to be turned into stone. Horror-stricken, he threw his drum away and his brothers suffered the same fate later when they tried to run away. This is how the locals were saved from powerful invaders.

However, scientists have their own, far less poetic version. Some 200 million years ago, gigantic mountains towered over the landscape here. Under the influence of wind and time softer rock formations were destroyed and the harder ones remained, perhaps as a reminder of former greatness. These separate rocks are called residual outcrops. This is how the stone pillars appeared in the Komi Republic.