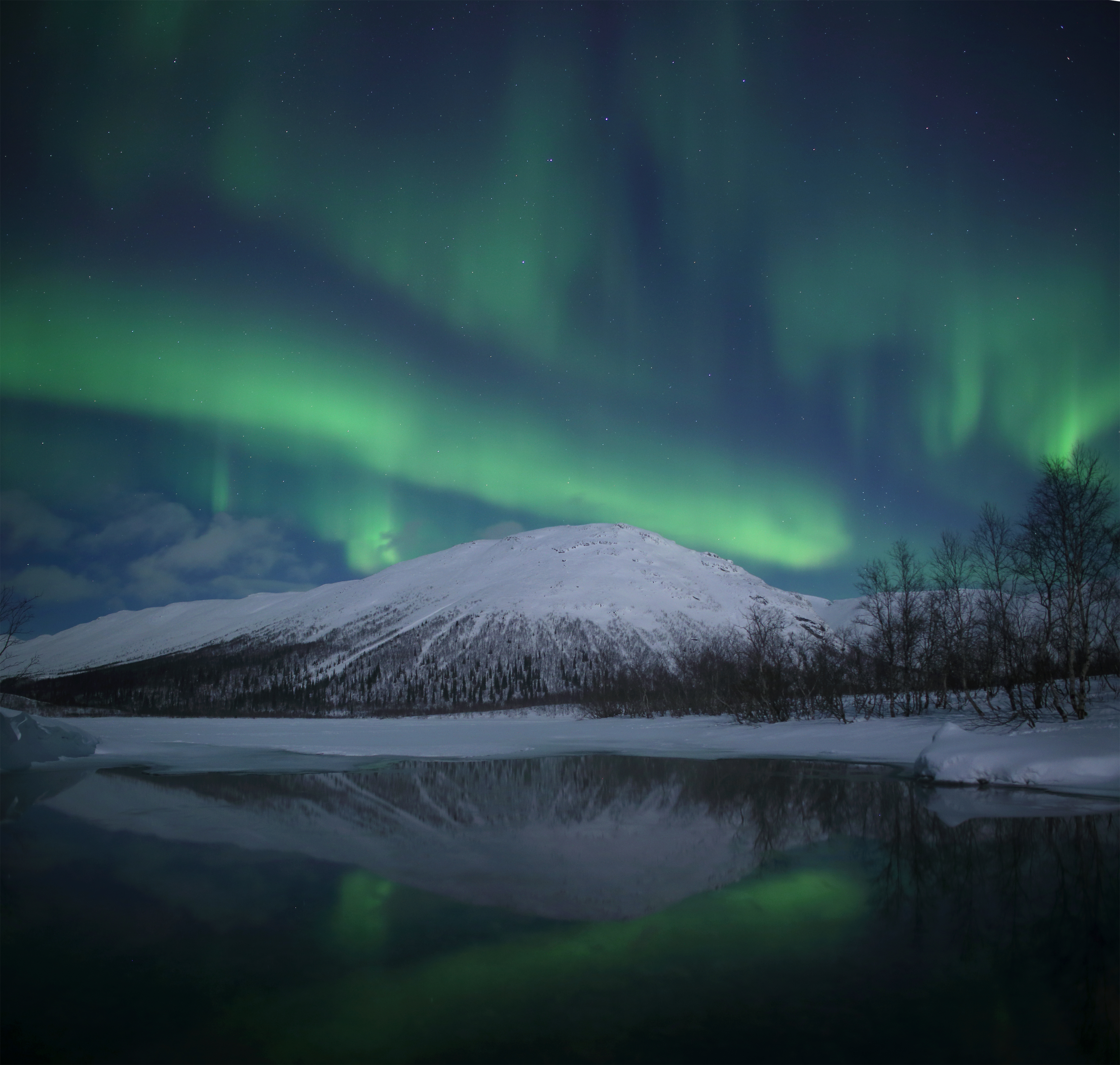 Title of the Picture: Aurora over Khibiny mountains II

Comment: Was a really fascinating show in the sky for half an hour that night.
I was really lucky to be in the right place as the aurora strted to shine, however the great view was not visible due to the trees - so i had to jump from one slippery frozen stone to another until the view was clear. I must say i was damn close to falling into the river a couple of times as i was framing shots.