In your vicinity, #neighborhoodphotocontest with camera & filters 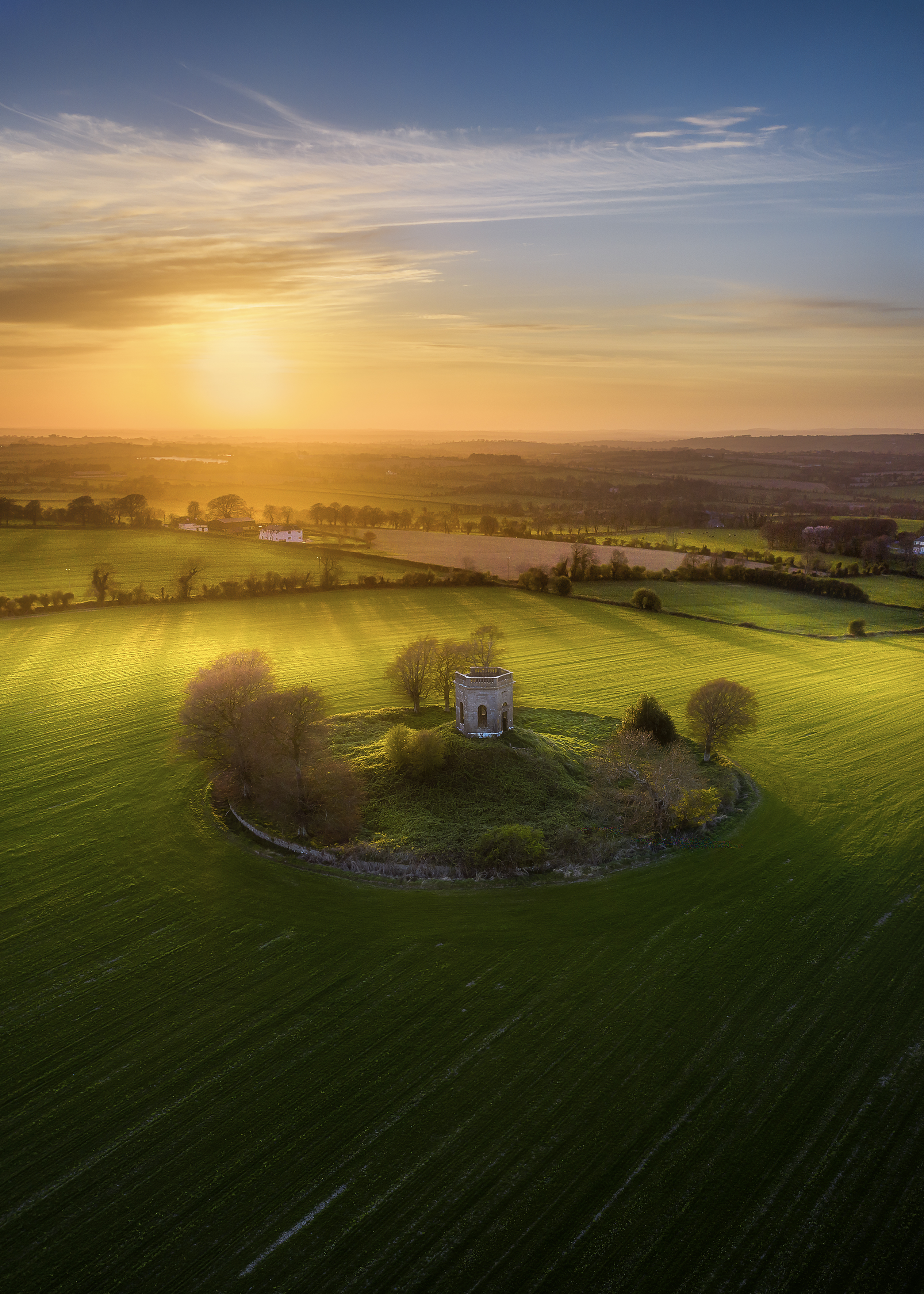 Country where picture is taken: Ireland

Title of the Picture: The Foley

Comment: The Caddells were one of the few Catholic families to retain ownership to landed estates in Ireland. The main branch of the Caddell family settled on the Meath side of the Delvin river, in the 12th century .The Caddell were aristocrats who lived at Naul village in Co Dublin between 13th to 19th century. A monument known locally as Caddell's Folly, was erected during the period of the Irish Potato Famine by Richard Caddell. The Irish Potato Famine of 1845-49 led to the building of many 'Follies'. The society of the day held that reward without labour was misguided. However, to hire the needy for work on useful projects would deprive existing workers of their jobs. Thus, construction projects termed 'famine follies' came to be built. These include: roads in the middle of nowhere, between two seemingly random points; screen and estate walls and piers in the middle of bogs.
Another story relates that Richard Caddell had a falling out with the organising committee of the nearby Bellewestown Races but rather than grace them with his presence he chose to stand on the roof of his folly and view the racing from there.