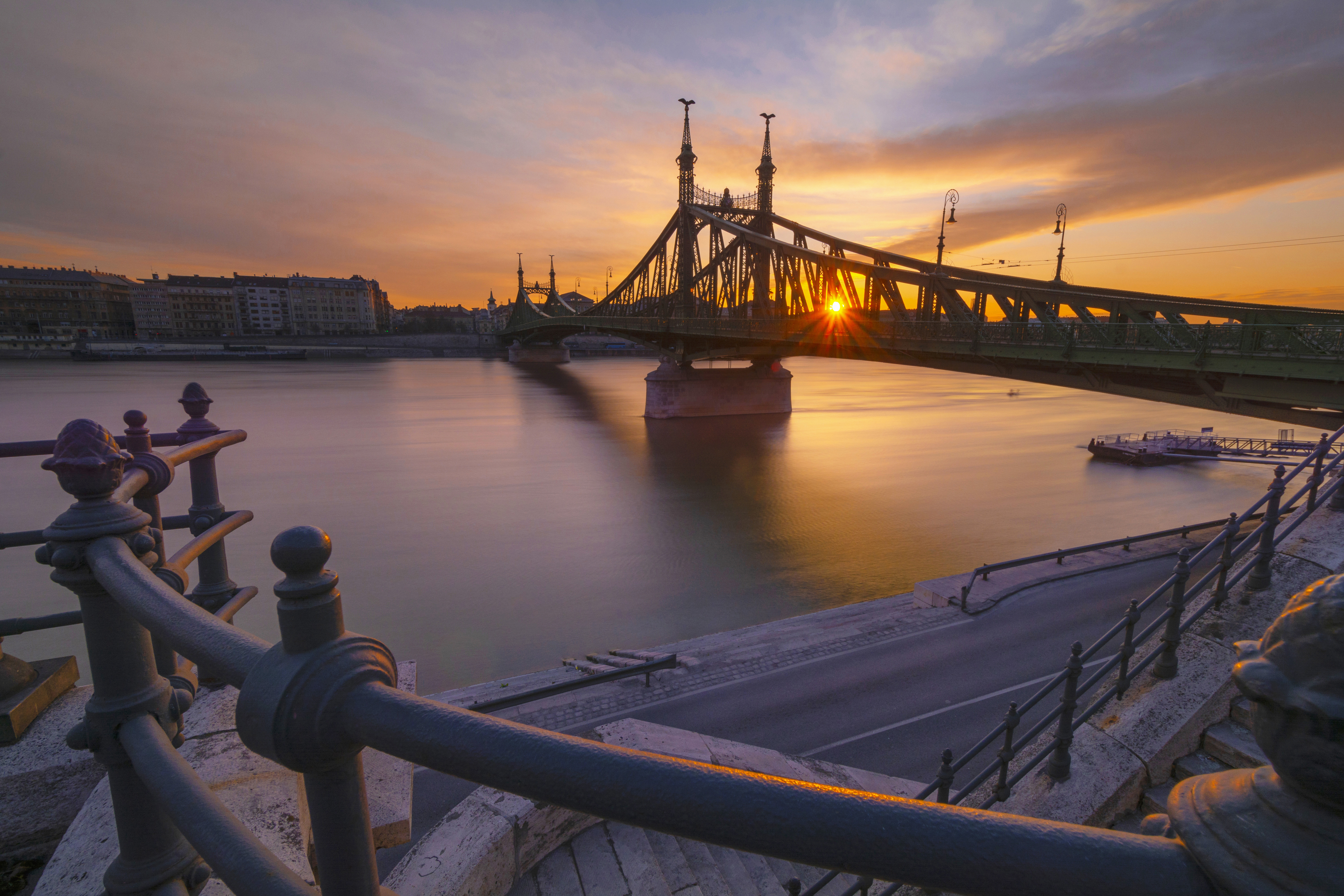 Country where picture is taken: Hungary

Title of the Picture: sunrise of Liberty Bridge

Comment: Szabadság híd (in English: Liberty Bridge or Freedom Bridge) in Budapest, Hungary, connects Buda and Pest across the River Danube. It is the third southernmost public road bridge in Budapest, located at the southern end of the City Centre. It was originally named Ferenc József híd (Franz Joseph Bridge).

At its two ends are two public squares, Gellért tér (at the foot of Gellért Hill, with the Gellért Spa and Hotel Gellért) and Fővám tér (with the Great Market Hall).

The Liberty Bridge is the shortest bridge in Budapest's center. Initially built as part of the Millennium World Exhibition at the end of the 19th century, the bridge features art nouveau design, mythological sculptures and the country's coat of arms adorned on its side.

The northeastern house contains a museum on the bridges of Budapest. The bridge was the first in the city to be rebuilt after suffering heavy damage during World War II.