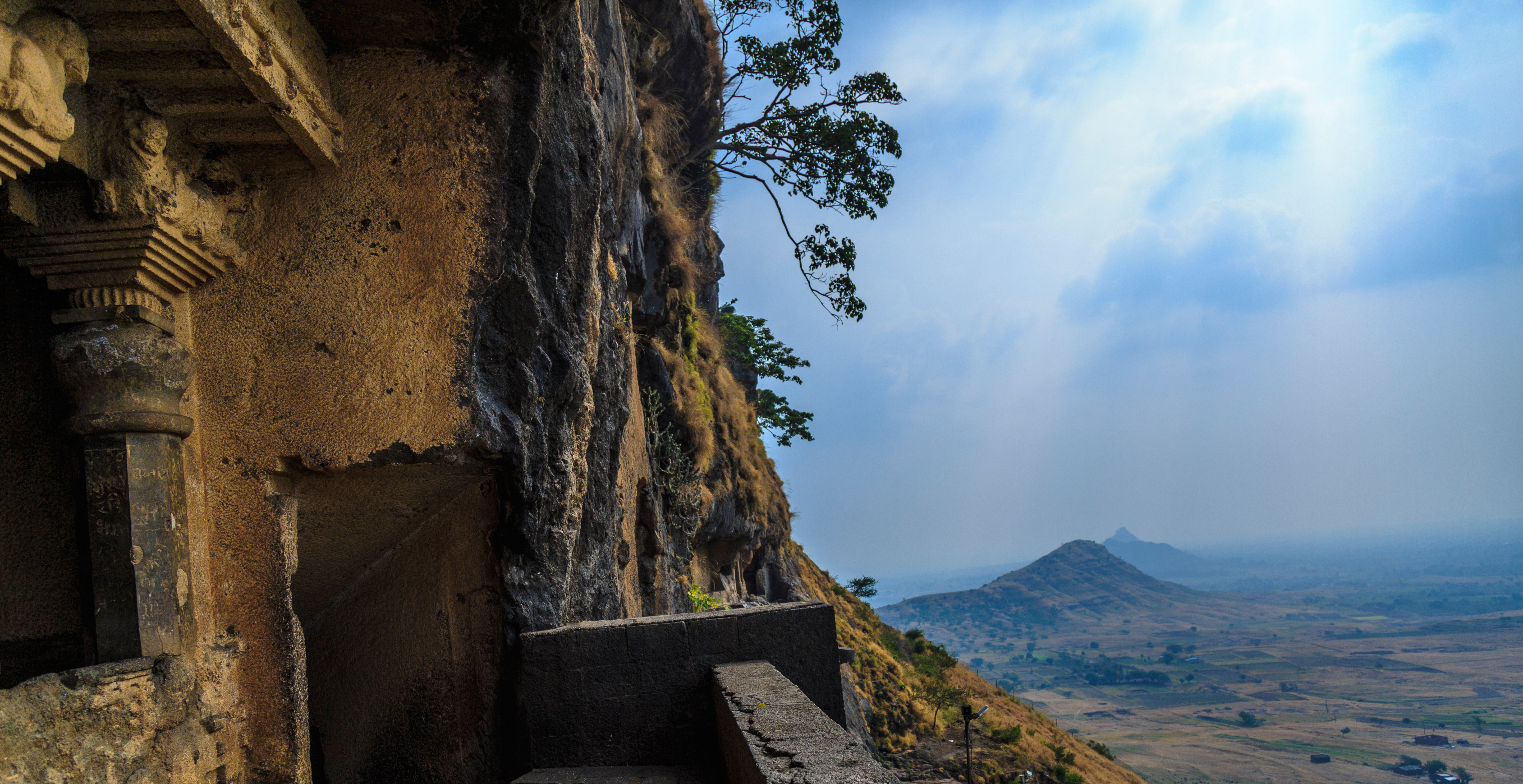 Title of the Picture: Kenyadri

Cave 7, originally a Buddhist vihara, has been adapted as a Hindu temple dedicated to the god Ganesha. It is one of the Ashtavinayak shrines, a set of the eight prominent Ganesha shrines in Western Maharashtra. Twenty-six of the caves are individually numbered. The caves face to the south and are numbered serially from east to west. Caves 6 and 14 are chaitya-grihas (chapels), while the rest are viharas (dwellings for monks). The latter are in the form of dwellings and cells. There are also several rock-cut water cisterns; two of them have inscriptions. The layout of the caves, in general, are similar in pattern and shape. They generally have one or two sides with two long benches for occupants' use.

The caves date from between the 1st and 3rd century AD; the Ganesha shrine situated in Cave 7 is dated to the 1st century AD,[1][4] though the date of conversion to a Hindu shrine is unknown. All of the caves arise from Hinayana Buddhism.[1]