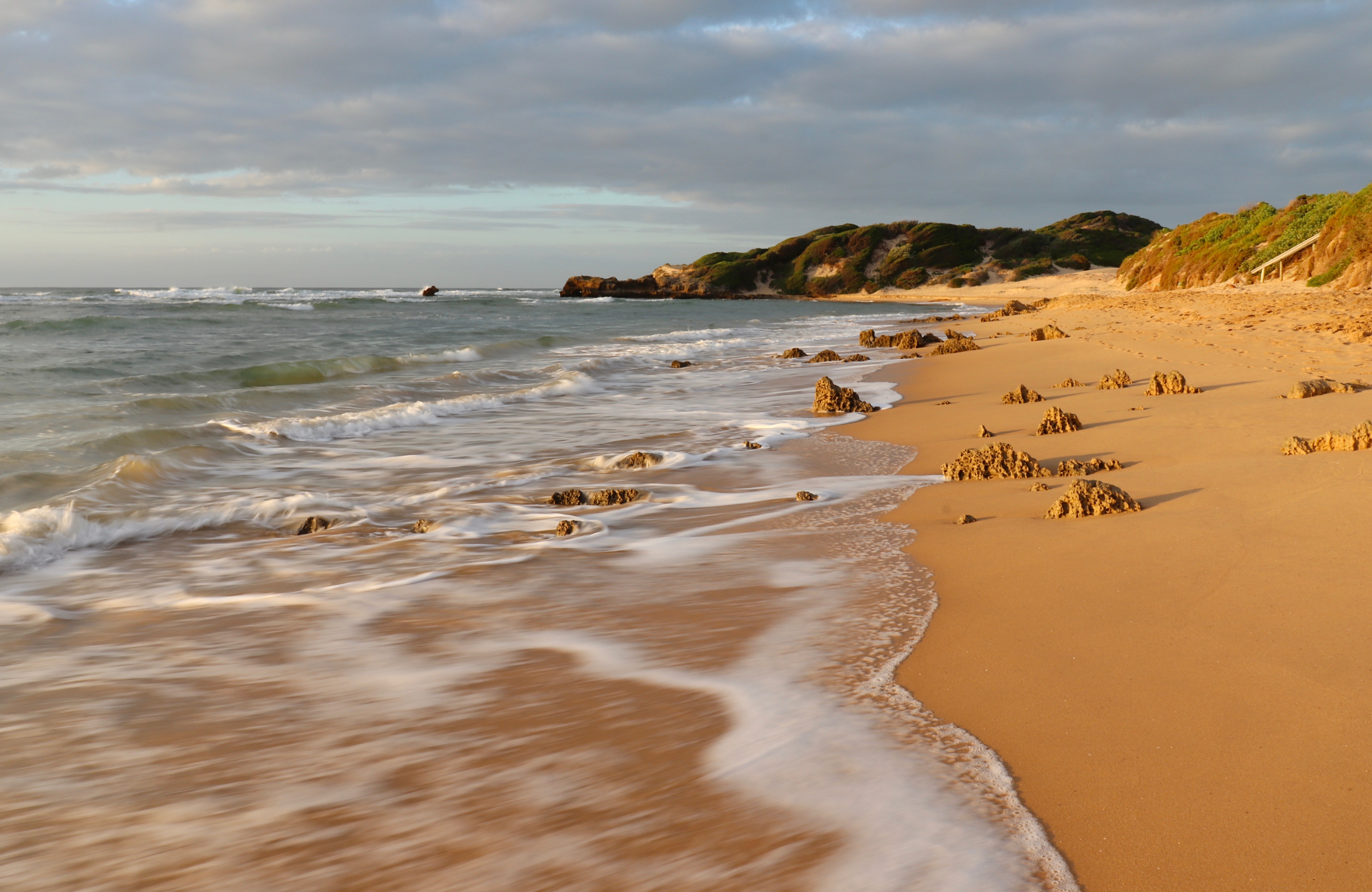 Title of the Picture: Moving Waves

Comment: I woke before the sun rose in Kenton-on-Sea (South Africa) and walked to the beach to watch the waves. The sun had just appeared above the horizon, casting a golden glow on the sand, when I took this picture. I slowed down the shutter speed to create a sense of motion in the waves.