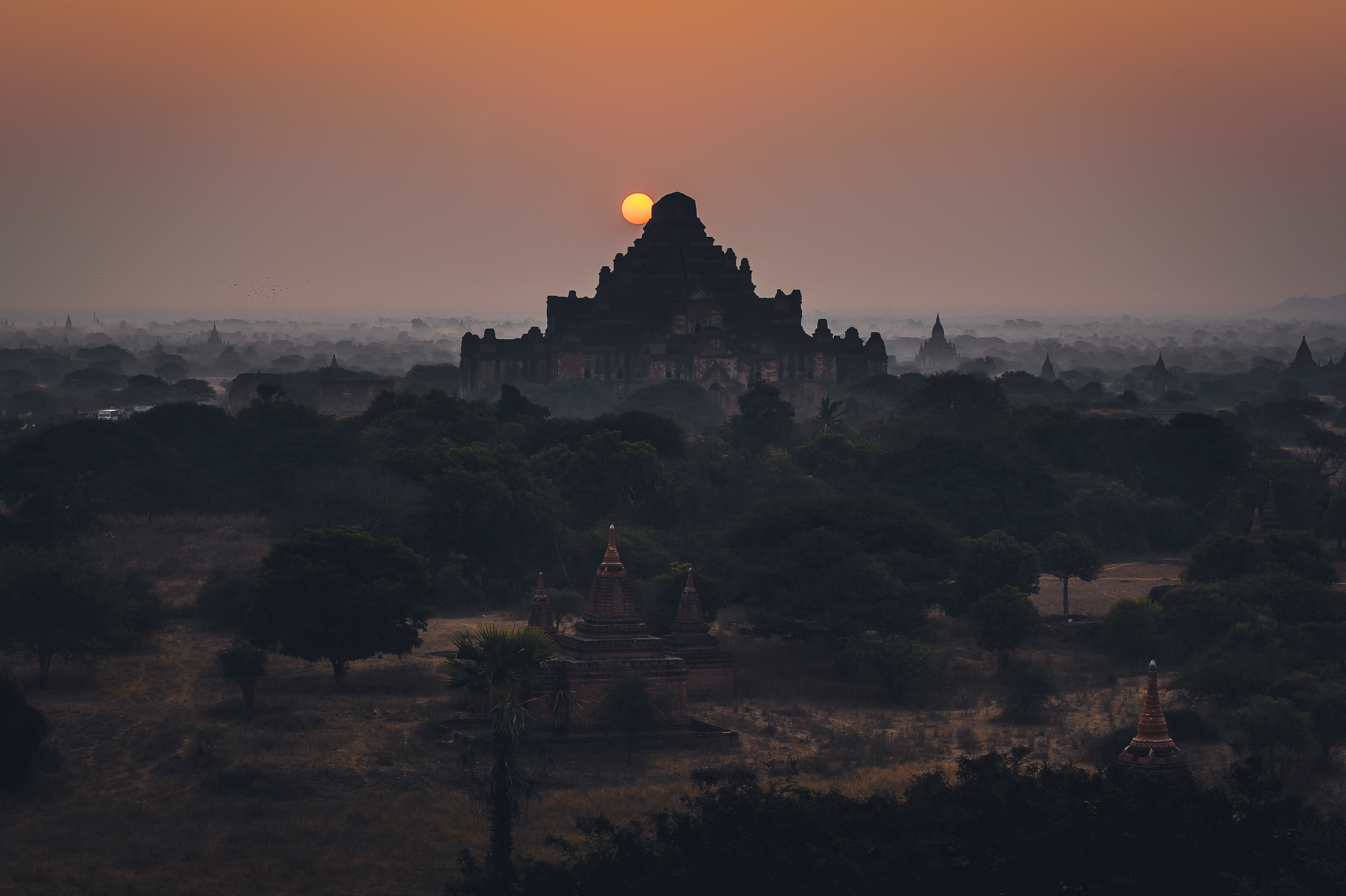 Title of the Picture: Sunrise and Temples

Comment: Sunrise and Temples in Bagan, Myanmar seem to overwhelm the landscape. Bagan is an ancient city that was the capital of the prosperous Bagan empire that controlled most of present day Burma. At the height of empire’s power between the 11th and 13th century more than 10,000 temples and pagodas were built.Today, about 2,200 monuments remain in various states of repair, which makes Bagan one of the most dense concentrations of temples and pagodas in the world.