Any Pictures taken with MARUMI FILTER 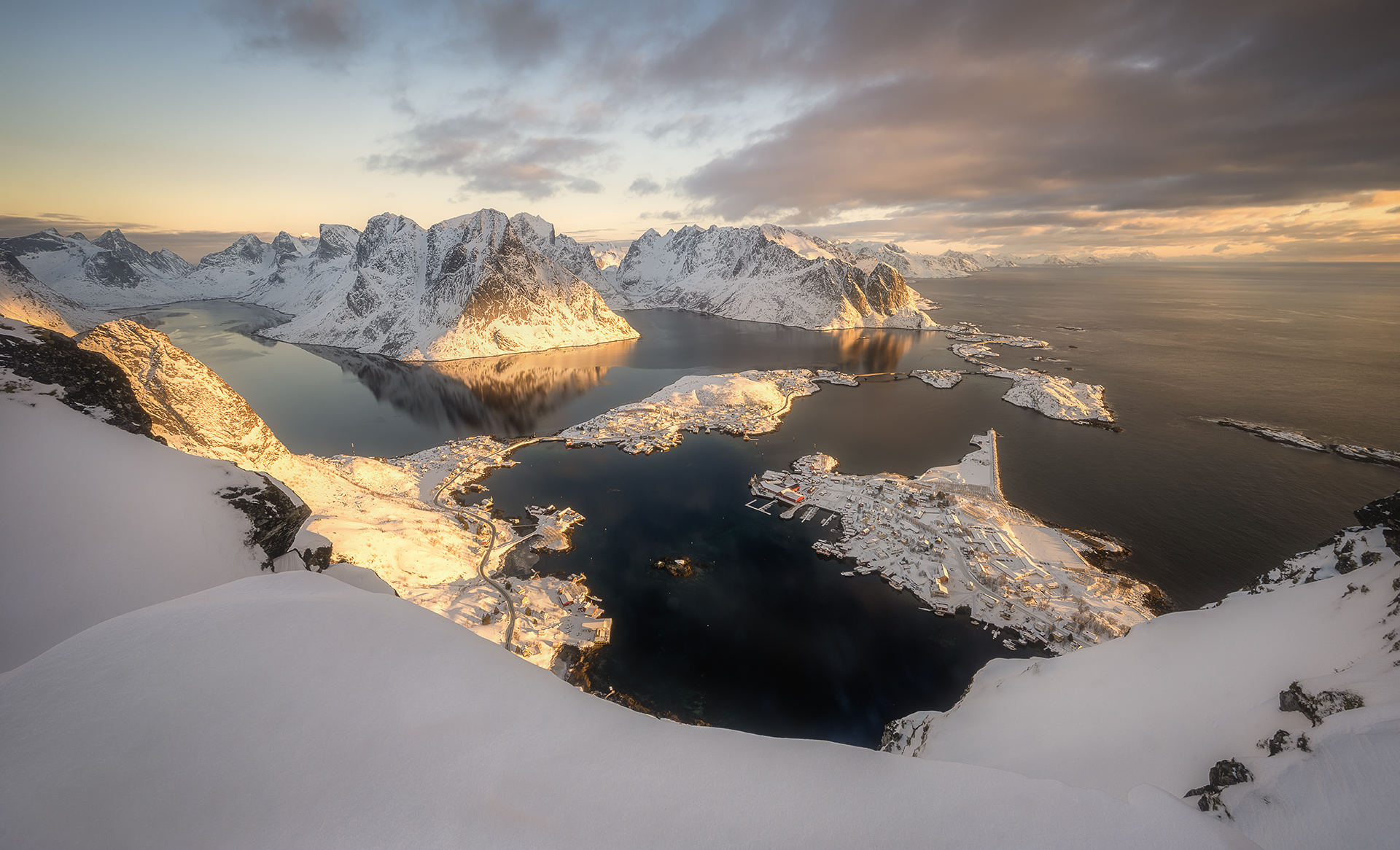 Country where picture is taken: Norway

Title of the Picture: Land of snow

Comment: Amount of snow in the Nordland was unreal. Big walls of it both side of the road. Everything looked so beautiful. On my first morning I decided to hike Reinebringen mountain. Normally it can be reached by steps layed down there but snow covered it completely and I had to wade through white stuff above my knees. I would have no chance without crampons considering how steep was the mountain. I don't even remember how many times I fell, got stuck in deep snow and couldn't move. It was basically two steps up and one down all the way. It was never ending end very exhausting hike. I almost gave up...few times. I made it to the top eventually to admire beautiful, golden light shining on mountains and village below which helped quickly forget about all the tiredness.