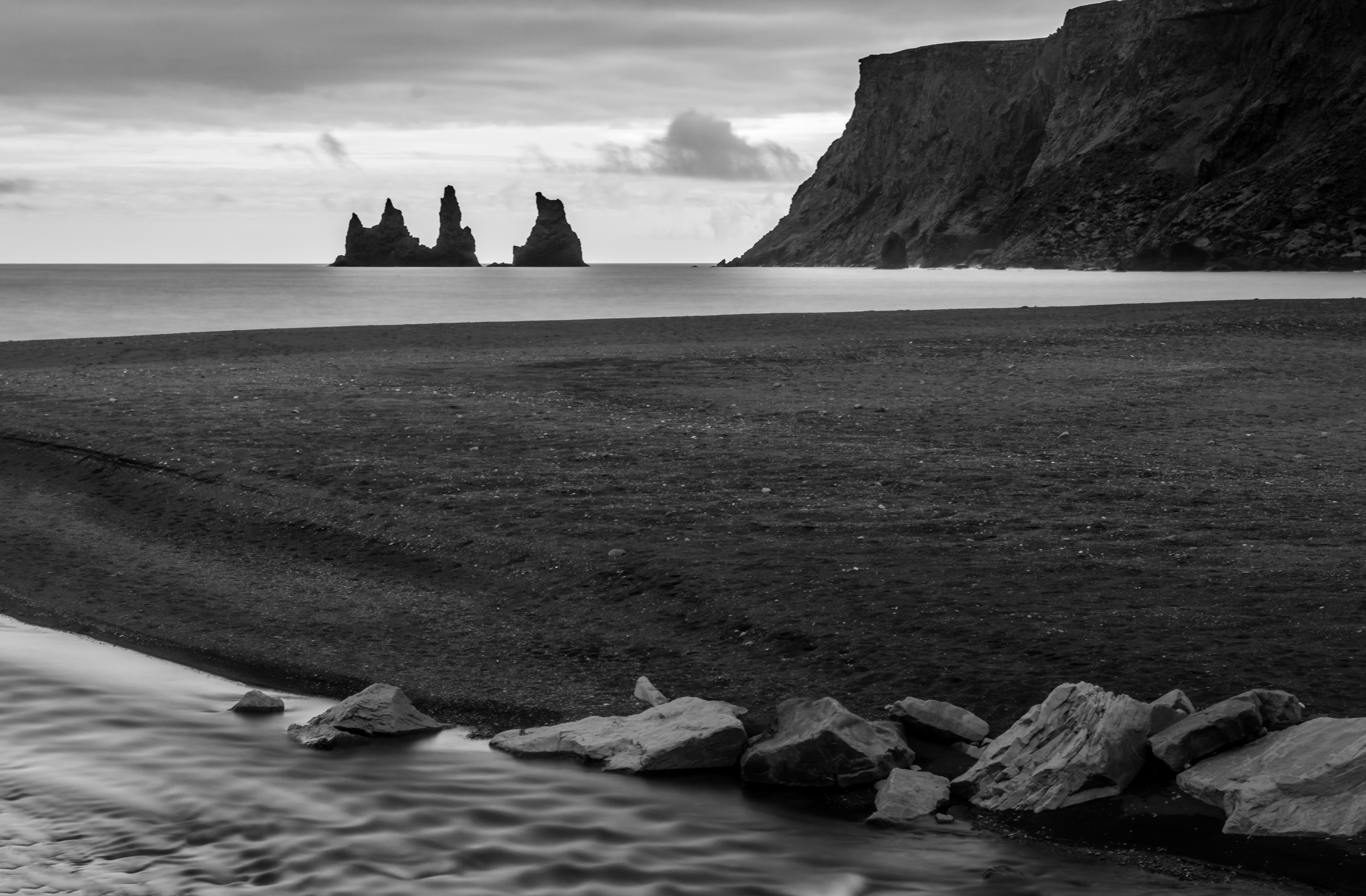 Comment: A long exposure shot of the Reynisdrangar cliffs as seen from the beach in Vik, Iceland. The sand on the south coast od Iceland is black as coal and the sky was overcast and grey and this shot was taken late evening so the scene lacked colour. I decided to process this image as a black and white as I want it to be more about the shapes of the rocks, the cliffs and the ripples in the stream joining the sea.
Reynisdrangar are basalt sea stacks situated under the mountain Reynisfjall near the village Vík. Legend says that the stacks originated when two trolls dragged a three-masted ship to land unsuccessfully and when daylight broke they became needles of rock.